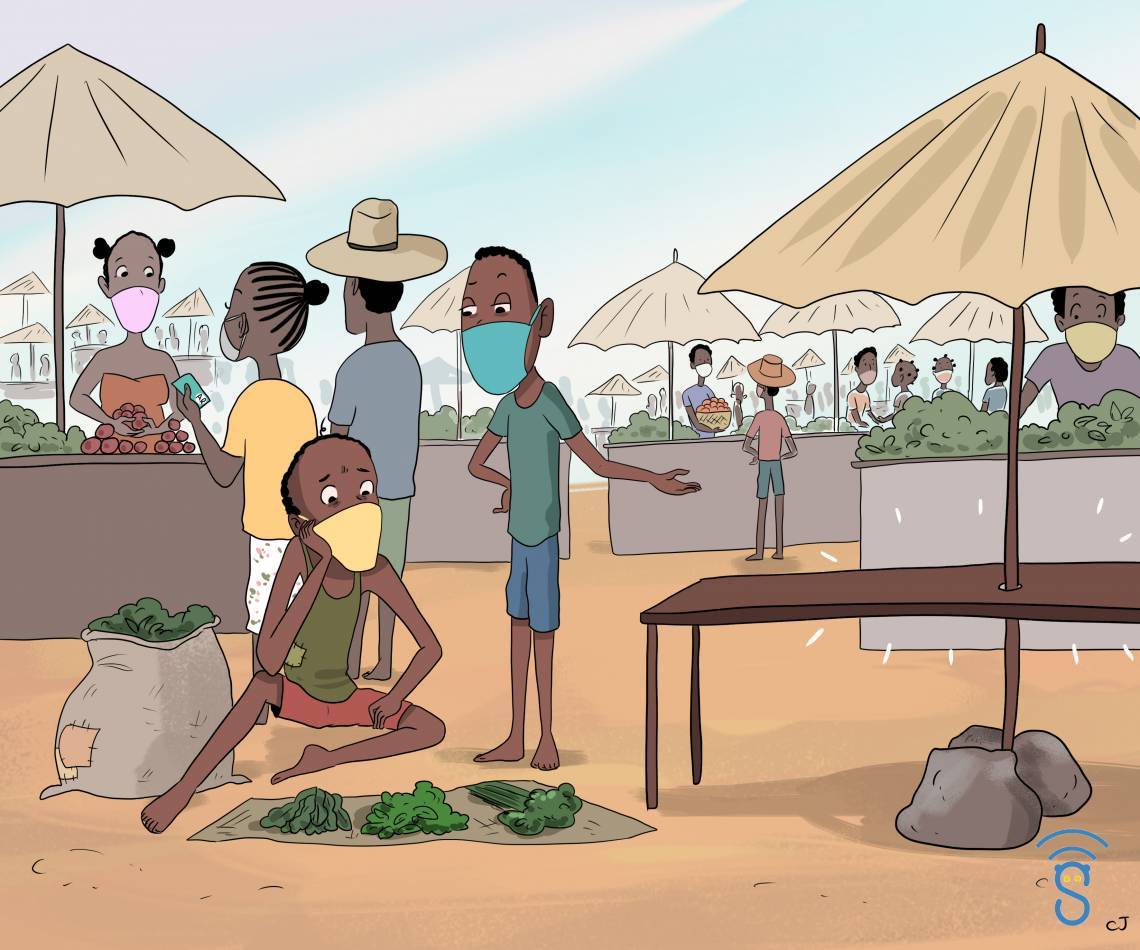 ©Studio Sifaka / Fondation Hirondelle Picture illustrating one of the episodes of the radio soap opera produced by Studio Sifaka, to accompany its broadcast on its website.

Since the beginning of December, a new radio drama on post-Covid issues in Madagascar is produced and broadcast by Studio Sifaka, the Malagasy youth radio program created by the United Nations in partnership with Fondation Hirondelle.

This "radio drama" has been developed with the « Prada » and « Prodécid » programs of the GIZ (German development agency), in partnership with Viamo, a company specialized in the broadcasting of social messages by mobile phones. The subjects covered in this drama deal with post-Covid-19 themes, in particular the problems of agricultural recovery and local finances.

The soap opera, produced by the team of Studio Sifaka, consists of 2 stories with a total of 127 episodes. Each episode lasts 5 minutes. The daily broadcast started in early December on Studio Sifaka's network of 20 partner radios, as well as by cell phone with Viamo. It will continue until the end of the 157 scheduled episodes. The content is entirely developed by Studio Sifaka and validated by GIZ partners and experts.

This is the second radio soap opera produced by Studio Sifaka, which had already produced a first series for a USAID American cooperation program on environmental protection.