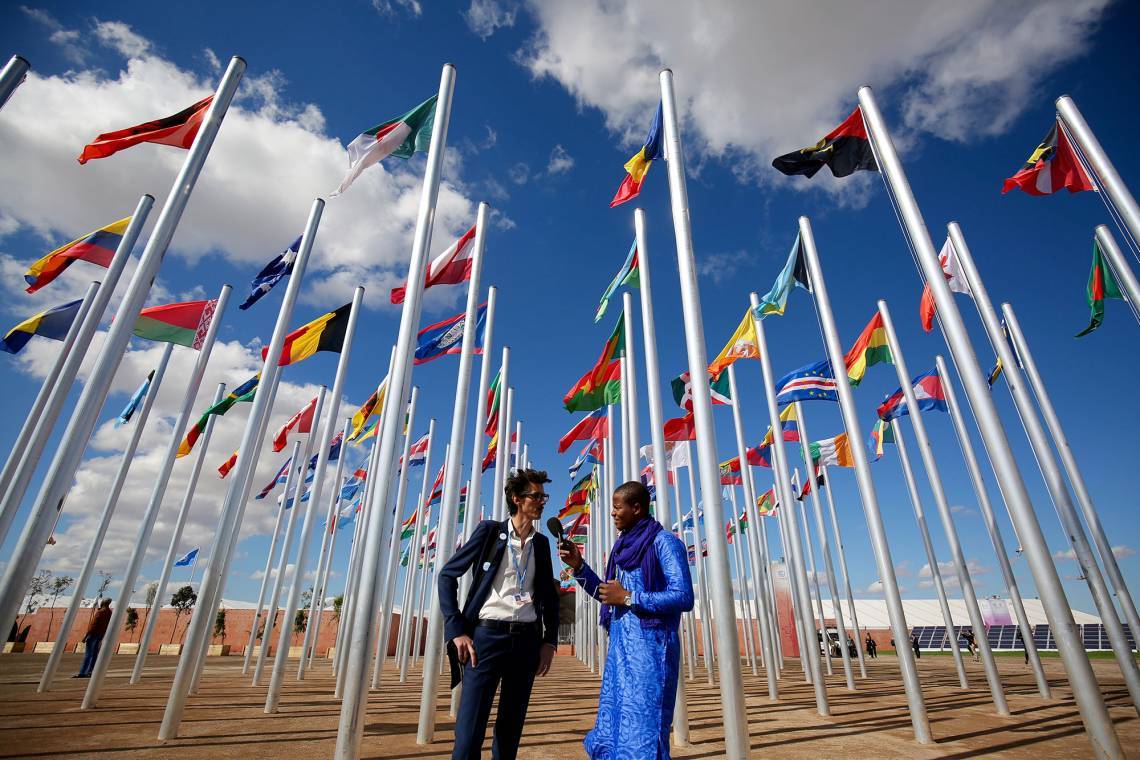 Reporting on climate change : our coverage of the COP 24 summit in Poland

Fondation Hirondelle is mobilizing a team of African journalists to cover the discussions of COP24, the international summit on climate change, from 3 to 14 December 2018 in Katowice, Poland. Our objective: to inform the populations of Central African Republic, Democratic Republic of the Congo, Mali, Niger and Guinea and allow them to make their voices heard during this conference.

The 24th edition of the Conference of the Parties to the United Nations Framework Convention on Climate Change (UNFCCC) is held in Katowice, southern Poland, from 3 to 14 December 2018. Since the COP21 summit in Paris in 2015, Fondation Hirondelle brings together journalists working for media it has created or supports in several African countries facing multiple crises and direct effects of climate change. The media can indeed provide people with understanding keys to develop adaptation and resilience capacities, an issue that is all the more vital in societies facing major security, political or social crises.

For the coverage of COP24, Fondation Hirondelle brings together in Katowice journalists from Mali (working for Studio Tamani), Niger (from Studio Kalangou), Guinea, Central African Republic (Radio Ndeke Luka) and the Democratic Republic of Congo (Studio Hirondelle - DRC). For the duration of the summit, they cover political discussions, including the work of their country's delegations, and civil society initiatives and other innovative approaches to climate change adaptation in their countries. They also highlight, through reports made on the ground before the summit, the reality and the challenges of the local populations directly impacted by climate change.

These journalists are supervised and advised during their stay by an Editor-in-chief from Fondation Hirondelle. Their radio and video productions are broadcast in French and in local languages by their media and partner media networks in their country (70 radio stations and two TV stations in Mali, 34 radios in Niger, a hundred in the DRC, the n°1 media in CAR ...) and on social networks. All these productions are also available in French on a special page of the Fondation Hirondelle website.