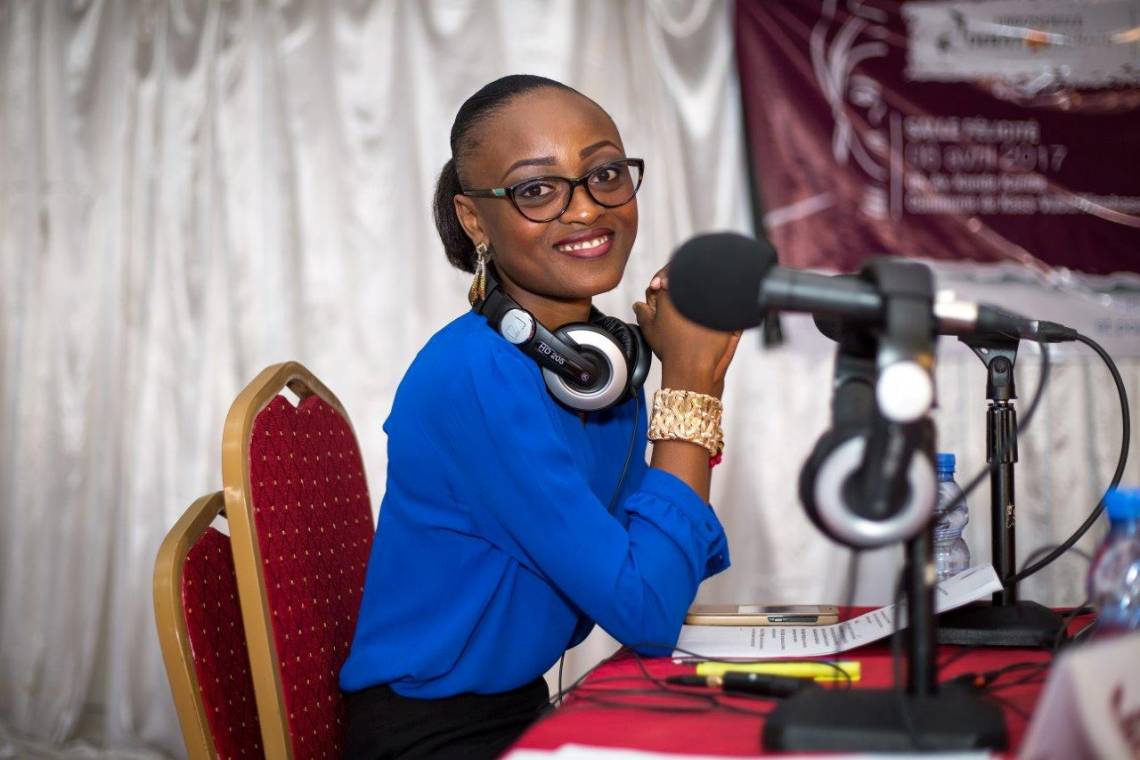 Life as a young female journalist in the DRC

Between April and August 2017, Fondation Hirondelle’s team in the Democratic Republic of Congo (DRC) carried out a “Women and Elections” programme supported by the Belgian Embassy. The journalists produced six short feature programmes and a mini-series for radio, which were broadcast by 107 media partners and on Facebook. Four “Hirondelle Debates” were organized in Kinshasa, Goma and Lubumbashi, drawing several hundred participants each time.  20 videos and one motion design video were produced. Two young women were among the four journalists who produced these programmes. Here they talk about the experience and about being a journalist in the DRC today.

Why did you choose to be a journalist?
Gisèle Ntambuka: To reverse the tendency of certain international media which sometimes present a negative image of Africa.
Nathalie Sala: Ever since I was at secondary school I have dreamed of becoming a star television journalist in the Congolese media, and my father has supported me a lot in this desire. So to honour him I have to achieve my goal!

What are the difficulties you encounter in this profession?
Nathalie Sala: They arise mostly in the field and especially when you are least expecting them. It can happen that interviewees are scared of the microphone, also that an expert demands to be paid or does not meet your needs, and then you cannot ignore the security issues.
Gisèle Ntambuka:  Travelling in the country to gather information. It’s not a problem when you are young and single, but for an African woman it is hard to reconcile with family life.

How would you describe your collaboration with Fondation Hirondelle?
Gisèle Ntambuka:  I learned new skills every day. The team is a family cocoon with whom you have some good experiences.
Nathalie Sala:  The Fondation trains me every day, developing and improving my skills through sharing of experiences, training courses and also through the rigorous standards demanded.

What do you think about Congolese women’s involvement in the election process?
Nathalie Sala: Honestly, they never cease to surprise me. The interest they have shown in the Hirondelle Debates and the Women and Elections programmes shows they have a real thirst for knowledge. They follow the debate closely, and their lively minds defy the prejudices that say women are not interested in politics or, even worse, that they don’t understand anything about it and shouldn’t even try to participate.
Gisèle Ntambuka:  With regard to their relation to politics, some of them leave the debates with their ideas completely changed, and some decide to get involved.