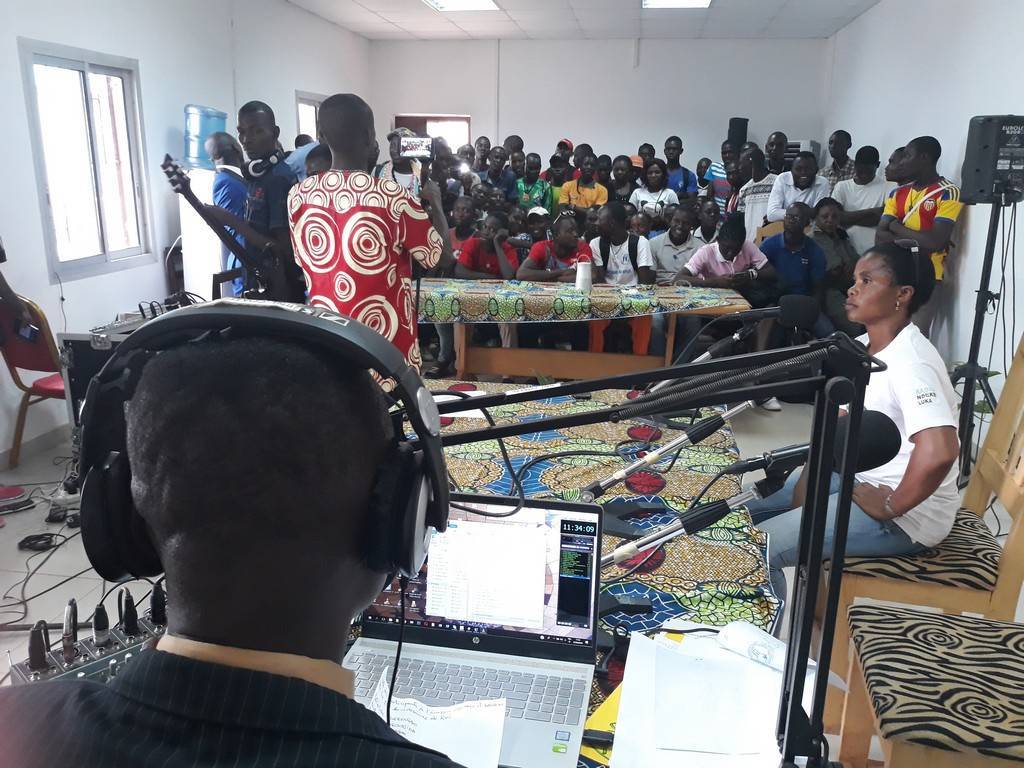 Success stories of the social role of Radio Ndeke Luka, on the occasion of its 19th anniversary

Radio Ndeke Luka, the radio created and supported by Fondation Hirondelle in the Central African Republic, celebrated its 19th anniversary on the 27th of March. The radio is listened to in the Central African Republic and throughout the world thanks to the diversity of its information network. Listeners in Bangui have explained the impact of the radio in their life, at the occasion of its birthday.

Throughout its 19 years of existence, Radio Ndeke Luka has received powerful testimonies on the positive impacts of its information on listeners.  “My first 8-year-old boy temporarily dropped out of school during his 2nd year of preparatory school because of his cleft lip. I was sad and desperate,” explained Josépha, mother of two. She says that the radio played a big role in her son’s recovery. “On Radio Ndeke Luka, a free surgical campaign to repair lips had been announced. I brought my child, he was treated, his upper lip now covers his teeth. And he went back to school,” Josépha testified.

The benefits of Radio Ndeke Luka are also felt at the primary, secondary, technical and higher levels. Anonymously, a student at the University of Bangui said that it had effectively participated in his training.

“Radio Ndeke Luka, through their program “Mandako”, contributes to our culture. The answers to the questions asked by Dynacord allow us to be better educated”.

Christian Claude Doba, a journalist for the newspaper “Le Démocrate”, says he always refers to the radio for information. “The content of Radio Ndeke Luka’s news is reliable and diversified, especially the 13-hour long edition. This allows listeners to be informed about everything that is happening throughout the country,” he said, adding that “reporters are coming in deeply to enlighten the public”.

In addition to the testimonies, Radio Ndeke Luka has also contributed to changes in society. A report on the sell-off of certain public buildings increased the government’s vigilance and provoked a reaction from civil society and some prominent figures in the country.

Following the heartfelt cry of Boali’s sub-prefect, Alain Yamo on Radio Ndeke Luka, the Ministry of Health gifted an ambulance to the city’s hospital. That’s not all! After a portrait of Jean Léndéngo, a former player of the national football team who was going through difficult times, he received support from people of good will.

Radio Ndeke Luka continues its mission as a national community radio station serving all the people of Central African Republic.