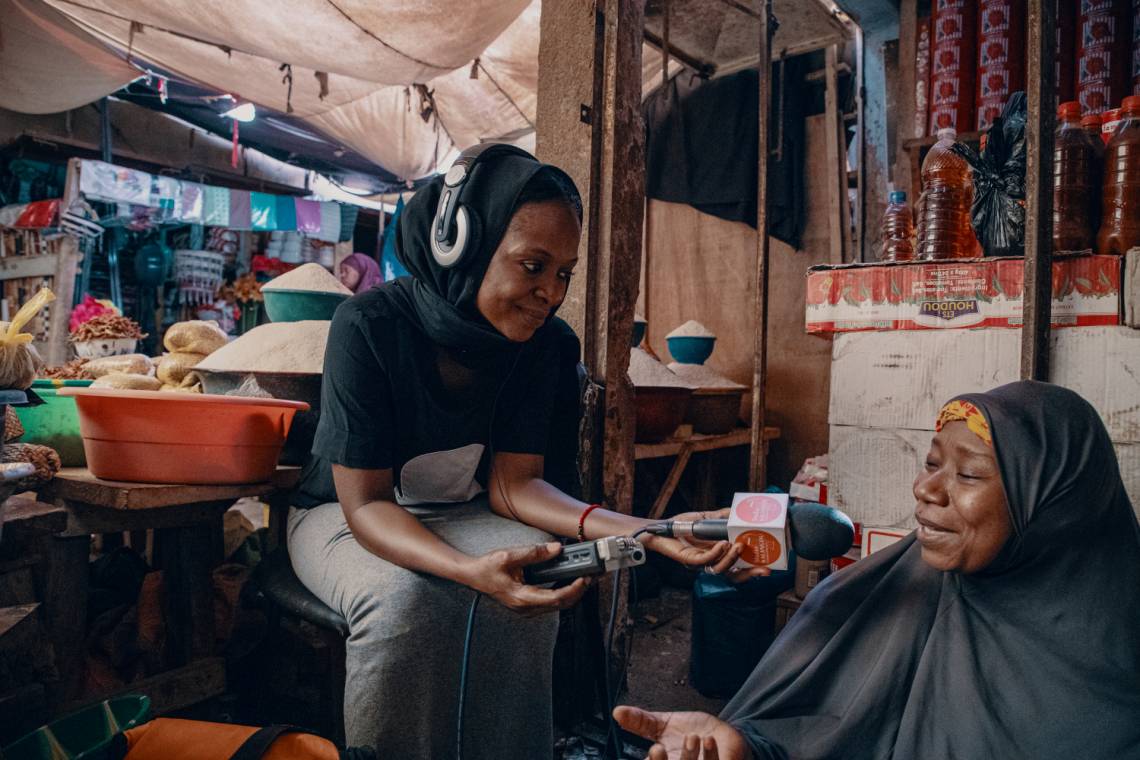 Since August 20, Studio Kalangou, Fondation Hirondelle's radio programmes in Niger, has been offering two new programmes to give women a voice and address their everyday concerns.

Access to information for many Nigerian women is limited, especially in rural areas. Radio remaining by far the most popular medium, Studio Kalangou now offers a greater space for women to express themselves in Nigerian society thanks to its two new programmes; the magazine "Femmes et bien-être" and the forum "L'Espace Femmes".

The magazine "Bien-être", which lasts 2'30'' and is produced in five languages, is a weekly rendez-vous for the general public to discuss issues related to education, health and hygiene in general. Speakers, experts in their field, offer practical advice and react to the testimonies of women of all ages presenting their difficulties in their daily lives.

"L'Espace Femmes" is a 45-minute debate, in three languages, bringing together experts of both sexes to discuss issues related to gender and the status of women in the country. Didactic and also offering a guest portrait, this programme intends to be interactive thanks to the testimonies of female listeners collected before and during the broadcast thus allowing to react to the guests' comments.

Studio Kalangou's new programmes are released on our 38 partner radio stations network throughout Niger and they contribute to promote women's voice in society at the local and national levels. In a male-dominated radio landscape, this project reinforces Studio Kalangou's role as an independent news provider for medias in Niger, with programs that inform and give a voice to all the people of Niger. Topics such as those related in the forum "L'espace Femmes" allow women to become aware of their role in their families and communities, while the magazine "Bien-être" addresses sensitive issues such as sexuality, which represents a big deal in a country holding the world record for the highest birth rate.These programmes were designed by Studio Kalangou's journalists with the advice of a consultant. They are part of Fondation Hirondelle's strategy to restore balance of both women and men representation in terms of team composition and radio content.

Links to the first programmes (in French and local languages) of "L'Espace femmes" and "Bien-être":