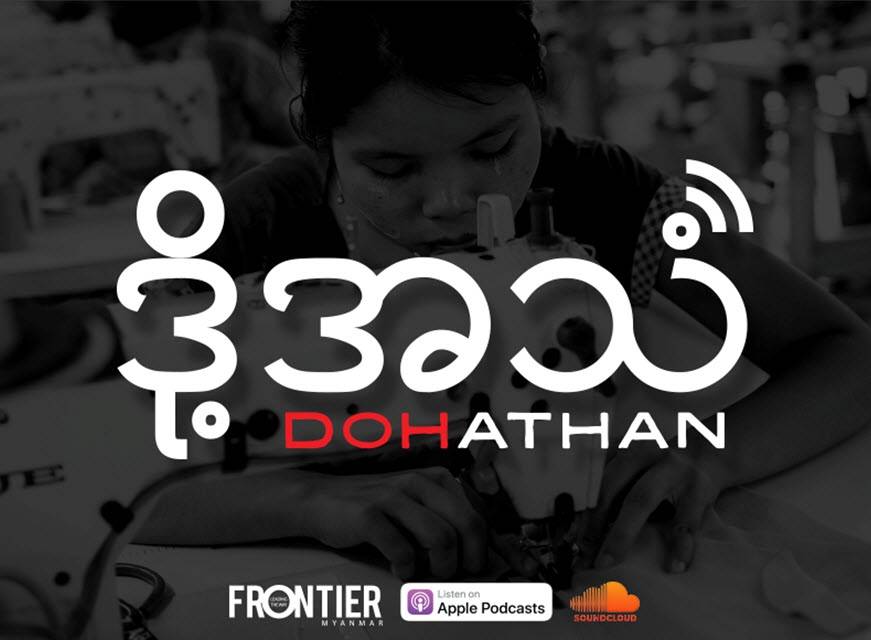 Frontier Myanmar, a digital and print media in Myanmar, broadcast on Wednesday, October 18th, the first episode of its new weekly podcast on human rights in the country. A production developed in partnership with Fondation Hirondelle.

In this first 15-minute episode produced in the Burmese language, Frontier Myanmar journalists explain what human rights are and how these rights affect the entire population in Myanmar. The floor is open to the public and human rights experts. As Martyn Brown, a journalist and Fondation Hirondelle’s editorial advisor overseeing the podcast’s production explains, “Myanmar has had a chequered history when it comes to human rights and that struggle continues as the country progresses to becoming a fully-fledged democracy. With the spotlight again on Myanmar's human rights record our podcast could not be more relevant and, although unfortunate, the timing could not be more appropriate.”  The program is broadcast on the frontiermyanmar.net website, as well as on Facebook, Soundcloud, YouTube, and iTunes. It will soon also be broadcast in several regions by local partner media.

The production of this new program, in a very sensitive context in Myanmar, is carried out within the framework of a partnership between the private media group Frontier Myanmar and Fondation Hirondelle. The partnership was launched this summer and is supported by the Embassy of the Netherlands in Myanmar. The objective is to address issues that are not widely covered by mainstream Myanmar media, and to give voice to all components of society for an in-depth analysis of human rights issues in the country. “The name Dohathan (Our Voice) was chosen specifically because we want to give a voice to those that matter most - the people of Myanmar. The unheard voices who have for so long been unable to speak out. We want to hear the untold stories from every corner of this ethnically diverse and hugely complex country,” Brown explains.

Fondation Hirondelle is supporting Frontier Myanmar's team in defining the podcast’s content and setting up the program. A series of trainings was also organized by Fondation Hirondelle for Frontier Myanmar’s newsroom throughout the summer, and upcoming workshops will focus on supporting journalists from ethnic media around the country. "Often a taboo subject in Myanmar, what has become apparent is that very few people here understand what human rights are and even if they exist in the country, Brown says. Therefore it is vital that the podcast gives as many citizens as possible the information to help them form their own opinions as well as shining a spotlight on what is a very sensitive issue.”

Launching Myanmar's first ever domestic podcast series is a pioneering and significant step in bringing the debate of human rights into the national dialogue and it enables Frontier Myanmar and Fondation Hirondelle to reach people across the whole country.