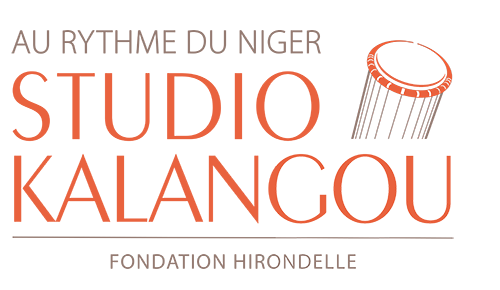 Studio Kalangou produces a daily two-hour radio program in Niger which offers daily news in 5 languages (French, Hausa, Zama, Tamashek, and Peulh) since January 2016, a dialogue and discussion program “Le Forum”, and magazines on issues of everyday life. Studio Kangalou’s objective is to inform and bring together the different components of society “au rythme du Niger”, to contribute to the development of one of the poorest countries in the world, located at the heart of the Sahelian crises.

Studio Kalangou’s program, produced in its newsroom in Niamey by Nigerian journalists, is broadcast by a network of partner radios located in all regions of the country. 46 private and public radio stations relay live studio broadcasts with a potential audience of more than half of the country’s population. Studio Kalangou’s team consists of about 15 journalists and translators working in its central newsroom and a network of correspondents across the country. The project is the result of a partnership between Fondation Hirondelle, the Community Radio Network (RACOM) and the Association of Promotors of Private Radio and Television in Niger (APRTPN). Continuous training of journalists and studio technicians is a key element of the project, to enable its local and sustainable anchoring. Specific trainings also benefit journalists from the partner radio stations that Kalangou hosts for intensive courses. Students are take part in practical workshops.

Listeners during focus groups organized in three locations in the country by IMMAR in 2015.

The director of Radio Marhaba, in the south of Niger, partner of Studio Kalangou.

For more information: Luca Salerno, Program manager, This email address is being protected from spambots. You need JavaScript enabled to view it.