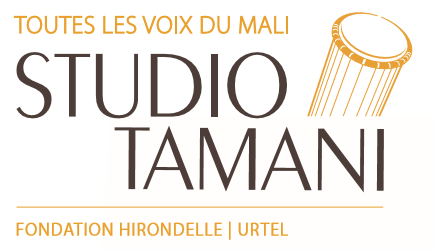 Studio Tamani is a daily radio program in Mali, which has been providing news in 5 languages (French, Bambara, Peulh, Tamasheq, and Sonrhaï) since August 2013, as well as a large 45 minute debate program Le Grand Dialogue, and short thematic magazines. Studio Tamani aims to inform and engage all of Mali’s voices to find consensual solutions to the conflicts and divisions that plague this country, which is at the heart of the Sahelian crisis.

All of Studio Tamani’s content is produced by a team of 30 Malian journalists based in Bamako and a network of 45 correspondents throughout the country. This young and multicultural team, which reflects the country’s diversity, was recruited, trained, and supervised by experts from Fondation Hirondelle. It produces the daily program of 3 hours and 15 minutes during the week (1h15 the morning and 2 hours the evening), and one hour on weekends and holidays. It is broadcast live by 85 partner radio stations across Mali. The program “Le Grand Dialogue” is also filmed and broadcast by TV stations in Bamako. This national broadcasting network was created as part of the partnership between Fondation Hirondelle and URTEL (Union of Free Radio and Television of Mali), which is the partner of the Studio Tamani project. Studio Tamani’s newsroom regularly hosts interns during their university studies in Bamako. This contributes to supporting a new generation of Malian journalists, who gain the ethical and professional values defended by Fondation Hirondelle.

Amadou Thiam, 2nd vice-president of the National Assembly of Mali, and youngest deputy of the country, November 2015.

For more information: Luca Salerno, Program manager, This email address is being protected from spambots. You need JavaScript enabled to view it.